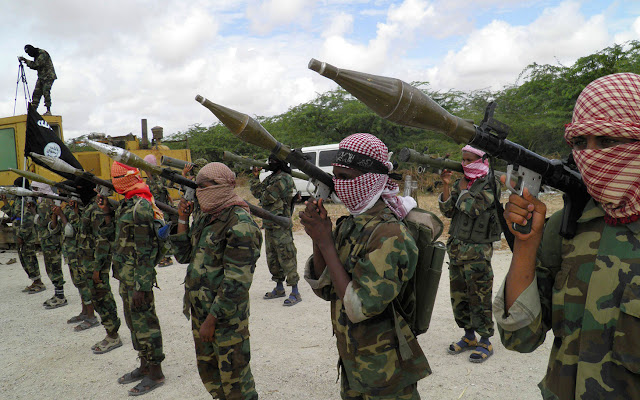 Militants have stormed a hotel in the centre of the Somali capital Mogadishu, in an attack claimed by the al-Shabab group in a message to the BBC.
Militants detonated a car bomb outside the heavily fortified Somali Youth League hotel before moving inside.
An explosion also targeted a popular park known as the Peace Garden. One unconfirmed report speaks of as many as 12 people being killed.
Al-Shabab, an al-Qaeda affiliate, is waging an armed insurgency in Somalia.
The BBC's Ibrahim Aden in Mogadishu said he could hear shooting.
Our reporter says 40 minutes after the first car bomb went off, another explosion of the same magnitude was heard.
Al-Shabab told the BBC they were "in control" of the hotel.
"We have attacked the SYL Hotel and we've forced our way into the hotel," they said.
However, one resident at the hotel told the BBC Somali Service the gunmen had not managed to get inside and had been repelled by security guards.
The hotel, situated near the presidential palace, is popular with government personnel.
It is not unusual for al-Shabab to launch attacks in Mogadishu on Fridays, the first day of the Somali weekend.

The operation comes a day after a mortar attack on the presidential palace in Mogadishu in which three people were killed.