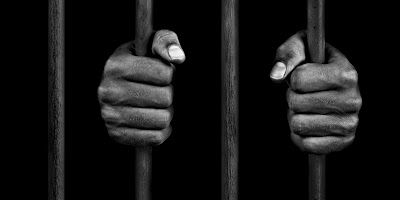 Inmates of the #Buea central prison, South West Region of Cameroon have made known their desire to enroll at the University of Buea so as to better serve the nation upon their reinsertion into the society.
The inmates through their representative, Gilbert Nyuykong Ntasin, who wrote and passed both Ordinary and Advanced level examinations as a detainee at the Buea central prison noted that access to education is their fundamental right as human beings.


After sitting public exams while in jail, the inmates want more

He tabled their request to the government Wednesday 19 October, 2016 during a solemn ceremony organized at the prison yard by Prison Fellowship Cameroon in partnership with Operation Total Impact, an NGO that provides education to inmates of the correction facility.
While it was strange enough to learn that inmates were registered to sit for the Cameroon General Certificate of Education CGCE exams last year, Gilbert currently gives lectures to his fellow inmates after being among the three prisoners who passed the Advanced Levels this year took many by surprise with his request.
Speaking on behalf of the student inmates who took part in the school program, Gilbert Nyuykong suggested that he appreciated the initiative which according to him goes a long way to facilitate their reinsertion.

He further added that while education is the backbone of every economy, if permitted to study at the university, they would be able to contribute their own quota to economic development.
Responding to his demand, the chief of service for adult literacy and non-former education at the regional delegation of Basic Education Suh Asoh Vera, said her hierarchy will be duly notified about their request.

Speaking during the event which saw the donation of didactic materials to the over 56 students, Sama Raphael Ndaghu, principal of the school and chief executive officer of Operation Total Impact which started the prison’s school program congratulated the four students who passed the GCE exams in both the A/O level.
While calling on those to sit the government exams this year to put forth their best, Sama Raphael took off time to acknowledge the teachers residing both on and off campus for their humanitarian services which is rendered pro-bono.

Pointing out that their mission is to transform prisons into dormitory schools, he called on good will ambassadors to chip in something in order to provide education which remains the greatest asset of mankind to those behind bars.
Also present at the ceremony was the superintendent in charge of the Buea Central Prision, Thierry Fopa, Nana Abunaw Marie, president of Prisons Fellowship Cameroon, representative from the delegation of Secondary Education who promised to table their demand to the government.