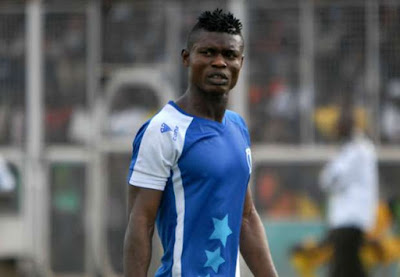 Nigerian footballer Izu Joseph has died after being shot.
The 24-year-old , who played in defence for Nigerian Premier League club Shooting Stars, was hit by a stray bullet when gunmen attacked a market in his hometown of Okaki in Rivers State.
The club's tweeted on its official account: "A Shooting STAR is gone! Izu Joseph is gone! Flamboyant defender is gone! RIP, brother. What a life! May God strengthen his family #Tragedy."
Joseph joined the club three years ago.
He was a key player as the team secured a return to the top flight from the second division in 2014.
The Nigerian Football Federation tweeted: "Our thoughts are with the Mgt. & Staff of @Official3SC on the shocking loss of their player, Izu Joseph. May his soul Rest In Peace! #RIPIzu".