Child Brutally beaten to death in Yaounde by Househelp


This young boy names withheld was brutally beaten to death by a housemaid in Santa Barbara quarter in the capital city of Yaounde.

One this fateful day, the parents left the house help in the house in Santa Barbara Yaounde with the kids and went for sports. Later,  she called them to come home urgently that something had happened. When asked where she was calling from all she said was she didn't know, what was happening? the answer remained same.  She locked the door and was outside chasing the eldest child who ran into a nearby compound for safety. She went there and threatened the neighbors' children to release that one else she deals with them. One smart kid in that compound released their dog, it started barking and she dashed out.  That's how the other child was spared. She might have finished with the two. 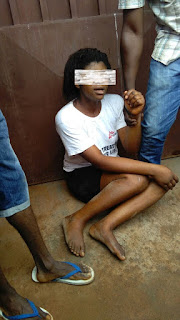 What could this poor kid have done to deserve this? Like how can somebody exhibit this level of cruelty? If your going in for a job and you can’t do it wholeheartedly then don’t. Situations like this makes people skeptical about hiring maids. 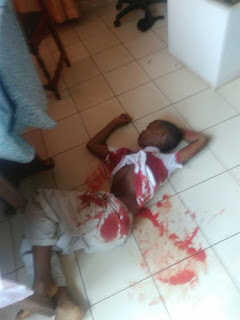 More on this story soon...