DR Congo: government questions if their country is an 'extension' of France 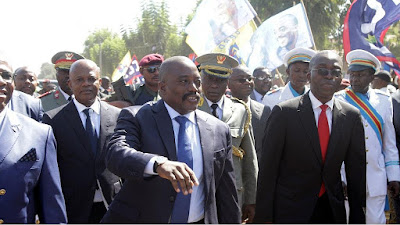 The Democratic Republic of Congo (DRC) government has expressed shock at accusations made by French president Francois Hollande over the violence in Kinshasa during an opposition demonstration.
The spokesperson of the DRC government, Lambert Mende, said the French president has selectively blamed his government for the two-day violence during his speech at the UN General Assembly on Tuesday, AFP reports.
“As usual we are being threatened … The question is whether the DRC has become the new overseas department from the conquest of France,” Mende said, adding that the French president is “lashing out at the Congolese government with a schoolmaster’s voice”.
He said Hollande chose to acknowledge the fires at opposition parties while ignoring that of the governing party and the victims of the riots. Mende added that Hollande complained that “our law enforcement and security were punishing the criminals”.
Francois Hollande told the UN General Assembly that the violence in the DRC was unacceptable and intolerable.
“What is indisputable is that there were victims and they were provoked by abuses coming from the Congolese State itself,” the French president said.
“The main opposition party had its headquarters burned … no country can accept such behavior, such acts,” he added.
The violence erupted when the main opposition parties in the country embarked on a demonstration calling for an election on the original date in November and also for Kabila to step down at the end of his term on December 20.
Calm has however returned to the country.