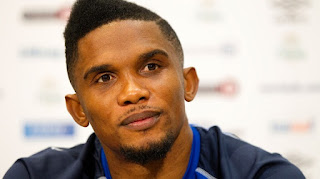 Former Barcelona and Chelsea striker Samuel Eto’o has been omitted from the Antalyaspor squad after saying on social media that “people do not feel respect for me because I am black”.
The 35-year-old striker, who has won three La Liga titles, one Serie A and three Champions League medals, has been linked with a move to join Turkish rivals Beşiktaş, prompting strong criticism from pundits and Antalyaspor supporters.
Eto’o joined the south Mediterranean club in 2015 as part of their effort to become a force in the Turkish domestic league but they have picked up just one point from a possible 12 at the start of the new campaign. 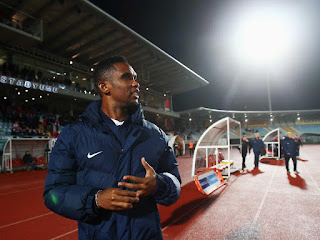 Alongside a screenshot of his glittering CV, Eto’o wrote on Instagram in Turkish: “Reminder - perhaps some people do not feel respect for me because I am black.
“But I am not going to come down from the level I have reached. I have been in this game for 18 years.”
Later confirming the statement was not aimed at Antalyaspor chairman Ali Safak Ozturk, the Cameroonian forward has since been informed that he will not be eligible for selection until the matter is resolved internally.
“No player is above the interests of Antalyaspor. Everyone must know their place,” the chairman was quoted as saying.
Eto’o has played for Real Madrid, Mallorca, Barcelona, Internazionale, Anzhi Makhachkala, Chelsea, Everton, Sampdoria and now Antalyaspor, scoring 323 goals in 673 appearances in all competitions.