Secondary schools in the north-east Nigerian state of Borno, which has been at the epicentre of the Boko Haram insurgency, are set to reopen next week, the Premium Times is reporting. They have been closed for two years since a school was attacked in neighbouring Yobe state in March 2014.
The state's education minister Inuwa Kubo said that up to now the schools had been used to house some of the people displaced by the Islamist militants. 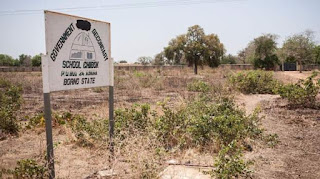 More than 200 female students were kidnapped while sitting a school exam in the Borno town of Chibok in April 2014.
Their abduction launched the #BringBackOurGirls campaign.
It is not clear if the Chibok girls' secondary school will reopen.
Posted by Unknown at 4:38 PM